The following sermon here was given by

The season of Harvest  is an appropriate time to think about the wonders of God’s creation, and about our responsibility to care for it which has been highlighted by David Attenborough’s much-discussed documentary on extinction.  The Bible opens with the majestic story of the making of our world and Psalm 104 embodies an alternative creation story – you laid the foundations of the earth… you covered it with the deep like a garment . The Psalm goes on to celebrate how The earth is full of your creatures. And there is the sea, teeming with creatures beyond number – showing us how people have always marvelled at the huge variety of God’s creation.  And people have gone on to study that creation too.  1 Kings tells that Solomon, the ancient king of Israel famous for his wisdom – studied plants and animals and wrote about them. God gave Solomon wisdom and very great insight, and a breadth of understanding as measureless as the sand on the seashore… He described plant life, from the cedar of Lebanon to the hyssop that grows out of the wall. He also taught about animals and birds, creeping things and fish.  What is significant is how naturally the author of 1Kings takes knowledge of the natural world to be an important component of wisdom.  And wisdom, along with righteousness, was one of the essential qualities that the Old Testament expects a godly person to embody.  In later history there’s been a great tradition of Christians in general and ministers in particular being pioneers in the study of nature.  Philip Gosse pioneered the study of seashore life.  William Fowler wrote what’s still the standard book on British beetles.  In the 20th century William Keble Martin wrote the first popular illustrated guide to British wild flowers.

It’s easy nowadays to see this as some kind of slightly eccentric hobby – fine enough in its way, but no more spiritual than stamp collecting or train spotting.  After all, isn’t the Christian gospel about people?  However, these people did not compartmentalise their lives in this way, any more than the wisdom tradition of the Old Testament did, with its holistic or all-embracing view about living in God’s world.  They saw the natural world as a revelation of God, and as a way of leading people to God.  These people did justice to the large amount of celebration of God’s creation that the Bible contains.  God is revealed through the things that he has made at all scales of existence, from the majesty of the starlit sky to the tiny intricacies of flowers and insects.

But Scripture does not simply call upon us to admire creation, it gives us responsibility for it.  In the creation story in Genesis I we find Let us make man in our own image, in our likeness, and let them rule over the fish of the sea and the birds of the air, over the livestock, over all the wild animals, and over all the creatures that move along the ground.  This has been misunderstood as suggesting that the natural world only exists for our benefit.  But there are of course many other texts that make it abundantly clear that the natural world has its own value and integrity in God’s sight, and that it is in its own right the object of his love and care.  How many are your works, O Lord. In wisdom you have made them all…These all look to you to given them their food at the proper time (Psalm 104).  That psalm celebrates the abundance of sea creatures, most of which the ancient Israelites had never seen, and includes the monstrous leviathan which was completely outside the domain of human exploitation.  So in reality the picture we should glean from such Old Testament passages is that of stewardship, the idea that the earth does not belong to us to exploit and use as we please – it is given to us on trust to care for and nurture on behalf of its true owner and maker who is God.

‘Green theology’, as it’s often called today, the application of faith to ecological issues, is actually much more widespread in Scripture than we generally realise.  This is especially true in the Old Testament, where for obvious reasons the people of God had a much closer relationship with the land in which they lived.  And this is where we find another answer to the question posed earlier – Isn’t the Christian gospel about people?  Yes, it is, but not about people in isolation.  Because we don’t exist in isolation, but as part of the whole fabric of God’s world.  However separate some city dwellers might feel, that separation is a dangerous illusion.  People often talk about ‘saving the planet’.  But others have pointed out that it’s just as much – if not more – about saving ourselves.  The planet as a whole will do just fine in the long run – but if we continue to exploit its resources irresponsibly we may not be so fortunate.

We are familiar with the stories of St Francis preaching to animals and having a relationship with them, a special reverence for the natural world, but we tend to think of this as an isolated eccentricity without wider implications.  But numerous leading figures in Early and Mediaeval Church history were credited with a special relationship with animals.  Whether all such stories are true is beside the point.  What is more interesting is why they were told.  They reflect a perspective on the relationship between mankind and the natural world which the modem Church has tended to lose sight of.  It is seen in the words of St Isaac of Syria: “An elder was once asked ‘What is a compassionate heart?’ He replied ‘It is a heart on fire for the whole of creation, for humanity, for the birds, for the animals, and for all that exists … As a result of his deep mercy his heart cannot bear to hear or look on any injury or the slightest suffering of anything in creation”‘.  This tradition goes back to Jesus, who showed an awareness of and compassion for the natural world, in speaking of God’s knowledge of even the death of sparrows, or God clothing the lilies of the field, or the birds that do not sow or reap or store but are still fed by God.

One reason the early Christians highlighted the harmony between man and nature seen in the lives of the saints is that they saw these outstanding Christians as examples of God’s intention for all humanity.  Their relationship with living creatures only seemed remarkable because the world was not operating according to God’s will, which was for humanity to live in unity with the natural world and not in conflict with it.  .

We tend to think of salvation as only affecting human beings, just as we tend to think of Jesus just in terms of his earthly ministry and risen glory.  But Christ is not just the man Jesus: he is also the eternal Word and Wisdom of God, the Father’s agent in Creation, as Proverbs 8 so beautifully describes: I was there when Lord set the heavens in place…and when he marked out the foundations of the earth. Then I was the craftsman at his side. I was filled with delight day after day, rejoicing always in his presence, rejoicing in his whole world and delighting in mankind.  And if Jesus is God’s agent in creating all things, he is also God’s agent in redeeming all things.  Paul speaks of Christ’s work of salvation in terms of the ministry of reconciliation, which means restoring that whole network of relationships that make up God’s kingdom – not just the upward relationship between us and God, not just the horizontal relationships with other people with whom we share our lives and this planet of ours, but thirdly that downward relationship – with everything else that God has made, the plants and animals with which we share this world, and the whole fabric of the earth itself.  In Romans 8 Paul talks quite explicitly about the salvation of all creation, which has suffered on account of human disobedience to God and will therefore benefit from and share in humanity’s restoration to a right relationship with God: The creation waits in eager expectation for the sons of God to be revealed. For the creation was subjected to frustration, not by its own choice, but by the will of the one who subjected it, in hope that the creation itself will be liberated from its bondage to decay and brought into the glorious freedom of the children of God. 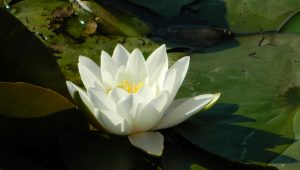 We are open for worship!

This week we pray for

Worshipping God, and spreading the Good News of Jesus Christ in words and action
x
Top
A welcoming group of United Reformed and Methodist Churches